Strata Managers and the Growing Complexity of their Role 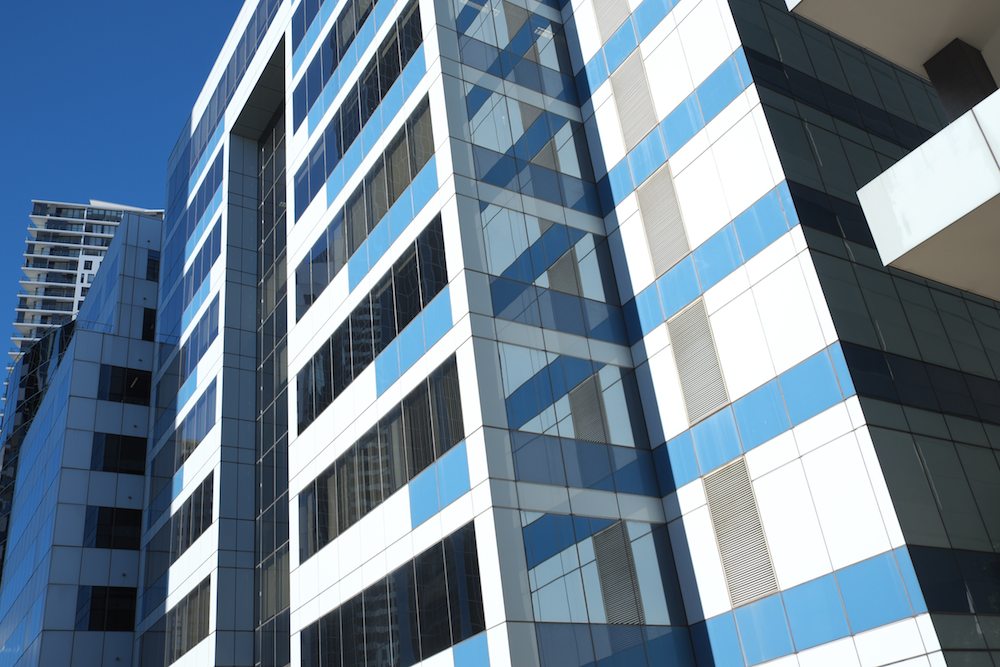 The role of a Strata Manager isn’t for the faint-hearted. With growing complexity, particularly in respect to both the legislative and regulatory requirements, there is that ever present risk for the Strata Manager of overlooking something that may result in substantial fines or some other penalty.

Councils of course in this regard, have wide reaching power, and its a power that not necessarily strata managers are always aware of. In this podcast, David Sachs discusses the practical challenges for Strata Managers in keeping abreast of new legislative and regulatory powers.

Dan: David thanks for joining me. David, what sort of powers do councils have to issue fines and charges.

David: Council has an enormous range of powers under a whole range of bits of legislation. As part of that, they can either issue fines, like if you get a parking fine, council can give you the equivalent of a parking fine, or council can prosecute you in different courts, either in the local court or in the Land and Environment Court, which is the equivalent of the Supreme Court. And the range of matters where council can issue fines extends from the Food Act, to deal with the operation of food premises, cafes, take-aways, restaurants, anywhere where if it’s a food preparation business; the Roads Act, so that can have to do with the way people park their cars, the way people use premises, for example with dumpings and such like. They have powers under the Protection of the Environment Operations Act, which covers pollution, the wrongful discharge of storm water, or anything that goes into a natural area, including gutters to creeks or anywhere on parks and whatnot. They have powers under the Environmental Planning and Assessment Act, which is a very broad-ranging bit of legislation concerning the way in which buildings are built to comply with council regulations under the local environment plans. There is an enormous range of regulatory administration that’s undertaken by councils through its ranges often, and also by the other planning offices and suchlike within council.

Dan: How does this all impact on a strata scheme though?

David: Well, strata schemes, like any other property owner, are responsible for ensuring that their building complies with fire regulations—and that’s one area that is enforced by council, and council can issue orders to strata schemes to either improve or to maintain their fire control systems. And there will be many strata schemes that would have received fire-upgrade orders that require a considerable amount of work to be done under penalty of very substantial fines that can go into the millions of dollars. In addition, there are requirements to submit to councils annual fire safety statements, and it’s an offense not to supply one of those, and strata schemes are the people who’ve got to supply these. People who live in just ordinary single dwellings don’t have to an annual fires safety statement, but owners corporations do, and they have to lodge one each year. Strata schemes are also required to get approvals if they want to do anything with trees or things that might be discharged from their properties. For example, there might be a strata scheme, that might have—it’s a very common arrangement, where there might be residences upstairs, and commercial properties, including restaurants, downstairs. And if the restaurants are using, if their grease trap overflows, or if there’s something that’s being discharged into the gutter, the owners corporation can be responsible for that because it comes from something that’s being done on the common property.

Dan: Given the wide-ranging powers of local councils, it must be incredibly onerous for strata schemes to ensure that they’re always up-to-date with compliance and regulatory issues.

David: By and large, strata schemes should be able to get that information from their strata managers, who should, as part of their ordinary administration, have a checklist of things they need to be done each year. But there are plenty of examples where owners corporations don’t have a strata manager, and so they need input from somebody else who understands what the regulatory requirements are; or their strata manager is somewhat remiss so that people feel uncomfortable about how the administration is being looked after; or if there are just special situations that come up. For example, the owners corporation wants to remove a tree, and that’s not something that comes up every week, or every month, or even every year, and they need to understand what their obligations are because of complying with council requirements. They can get legal advice about that, and that’s certainly something that we do here at Sachs Gerace Lawyers, because we act for a number of local councils, and part of the work that we specialise in is prosecution of various offences like this. In fact, I’ve brought a number of prosecutions against strata schemes in various municipalities, and I can see that the reason for the prosecution being brought and being successful is that the owners corporation was in fact ignorant of what its statutory obligations were. And those fines are general, from memory of ones in the past 12 months, all of the fines have exceeded $10,000, which is a very substantial impact for a strata scheme.

Dan: So, what should a strata scheme do if it receives a fine from a council?

David: Well, it should never be ignored. They need to get some advice by somebody who actually knows what it is that they’re doing. For example, if they get a fine through the mail—which is just I guess the equivalent of a parking fine and tends to be for a much larger sum—then they should get some legal advice about whether they’ve in fact committed that offense and what they can do about it, and whether they should just pay the fine. That’s something that we at Sachs Gerace Lawyers can do quite quickly and economically for an owners corporation. What it does it identifies any challenges that they could make to it, or opportunities to deal with council about ensuring that these problems don’t arise in the future, or identifying the people in the executive committee, exactly what needs to be done in an administrative way to ensure that the problem doesn’t arise again.

Dan: You spoke a moment ago about the prosecutions that you’ve been involved in. What tends to be the usual scenario that leads to such prosecution? Is it some neglect on the part of a strata manager or somebody else?

David: Generally, I think it’s people being unaware of the legislation that regulates strata schemes. And it’s not necessarily, I guess you could categorise it as ignorance on the part of a strata manager, but there’s an enormous amount of knowledge that is required in order to effectively work as a strata manager. There are certainly strata managers that are right across it all, and they know about all of those things. But there are plenty of strata managers who are not familiar with it. And I guess some of these things to do with Environmental Planning and Assessment Act and the Protection of the Environment Operations Act and suchlike would not be ordinarily within their day to day activities, and they can be excused for not being familiar with them. But sometimes, strata schemes just want to open up a bit of graft area and they just cut down some trees, and it doesn’t occur to them that they need to get approval from the council. They need to get a DA for that. I recently done one where I’m defending a strata scheme where they decided to clear some land for very good intentions at the back of their block, and then they removed 150 trees, and their intention was to replant it. But what they weren’t aware of was the tree management policy was for that particular council and they weren’t aware that it was in fact a breach of the Environmental Planning and Assessment Act the removal of those trees without at first getting a DA. What they also didn’t realise was that under the original approval for the construction of the scheme, there were conditions imposed by the Land Environment Court, and one of those required this area to be kept as a buffer zone. People wouldn’t necessarily be aware of that, but a lawyer can certainly find those things out. And if people are thinking about, they want to remove some trees, then some simple legal advice from somebody that actually know what they’re talking about can say “These are the things that need to be checked.” And that can lead to –and people can make an easy inquiry about council with council and say “This is what we intend to do. What is it that we need to do in order to comply with your requirements?” So that advice can actually save people an enormous amount of time and an enormous amount of money, because if councils find out about it afterwards—and there are plenty of people that are spies out there reporting on these things to council—you know, their next door neighbours have cut down all these trees and are doing this work—and then if you’ve done it without permission, then you should expect a fine. There are plenty of councils now that are getting much more charged up about it, and they’re taking these matters to the Land and Environment Court. Well that’s the equivalent of the Supreme Court, and their fine-power is very substantial.

David: Well, not really. I think that would be beyond the resources of councils to be letting people know. But what it really means is, I think the responsibility is cast upon an owners corporation to know what the particular requirements of their building are. For example, if you live in an old, small strata scheme, you need to be aware about whether there is any heritage requirements there. I mean they could well be there. I think council sees its role to come in and say, “You need to be aware this is a heritage building.” But people need to be aware whether they’ve got a heritage building, and that that would that that would be something that would affect their ability to make any modifications to the common property.

Dan: Who would want to be a strata manager? It sounds incredibly complex.

David: Well, it is surprisingly complex [laughing]. It’s very easy when you’re doing the administration and keeping the finances and collecting levees, but all behind you is this maze of legislation that often people are not aware of till is pops up as a problem.

Dan: David thanks for joining me. 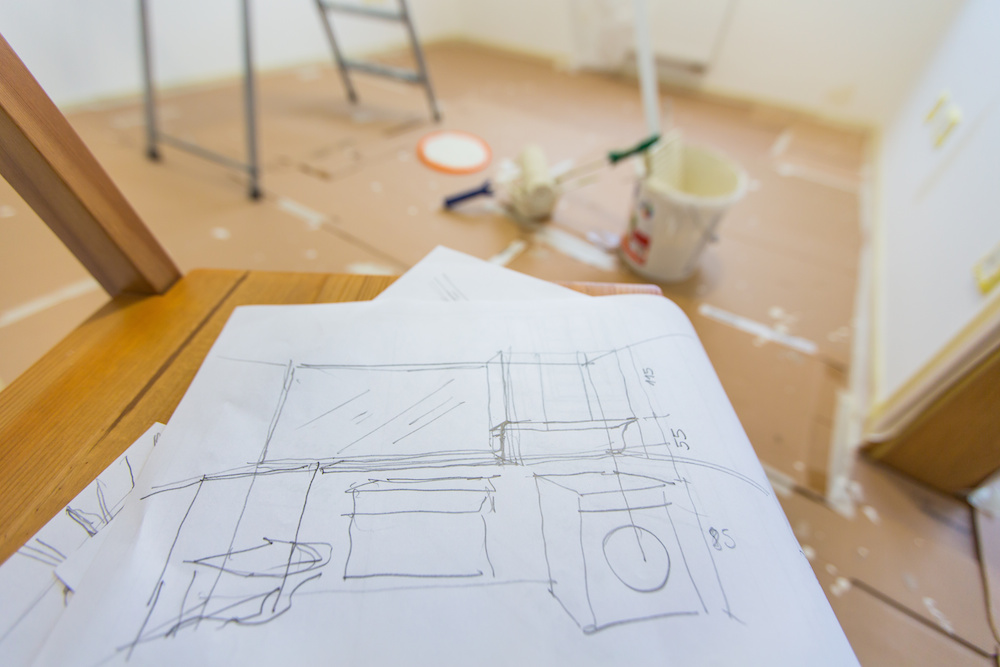 Renovations – Do I Need A By-Law?

Renovations – Do I Need A By-Law?