What is Mediation and Does it Work? 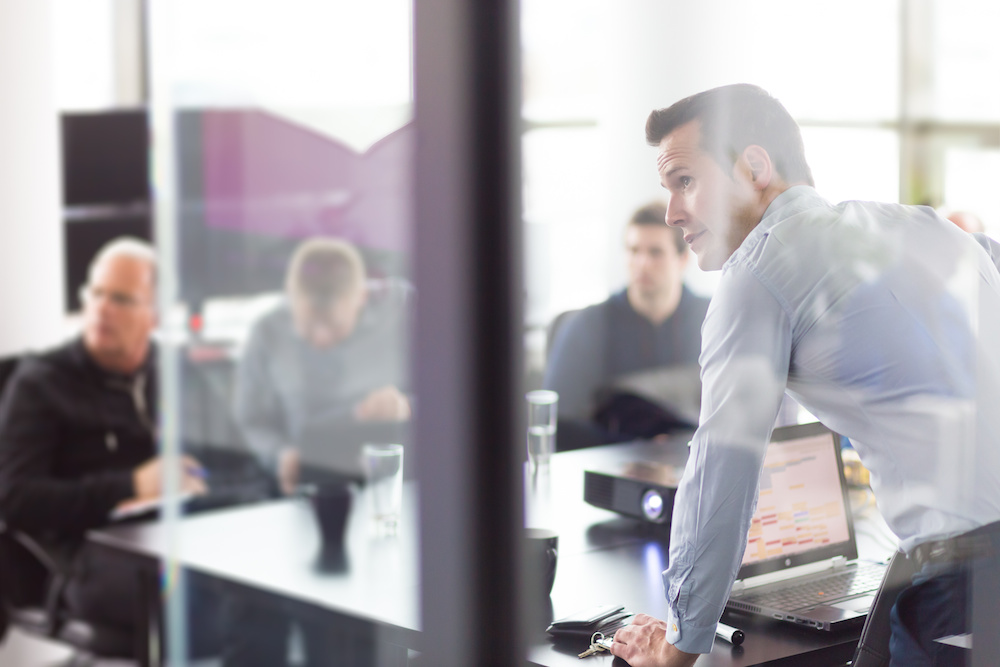 You have probably heard of the term mediation. While it has been an effective practice for many years in resolving disputes these days it is of course a prerequisite to having a court solve the problem for you.

Interviewer: David, thanks for joining me.

David: Thanks, Dan. Nice to be here.

Interviewer: David, what is mediation?

David: Well, mediation is like a structured form of negotiation. Where parties are in a dispute, or they have any problem that needs to be resolved. They are brought together, and with the assistance of the independent third-party called a mediator they are encouraged to try and resolve their dispute.

Interviewer: Is there often a reluctance I suppose by parties to actually you know to get involved in a mediation given that there might be some you know a bit of angst between them?

David: Look, there are lots of reasons why people avoid going into mediation sometimes because there is this personal animosity with the other persona and they feel nervous or uncertain about their ability to control their emotions when they are confronted with someone that they feel got some strong negative feelings about. Sure, that is one of the reasons why people are reluctant to go into a mediation.

Often people just because of a natural human reaction prefer to kind of fight from in trenches rather than get into a bit more if I am going to extend the analogy, get into more hand-to-hand combat over their dispute.

Interviewer: It’s sort of a phenomenon isn’t it now. That mediation is encouraged by courts and tribunals as part of the process.

David: Look, mediation ever since there has been any commercial relations or indeed any relationships between people is the type of thing that people did in order to resolve their disputes. We can just think of the story of 2 people who are in a dispute going to see the wise person in order to make a decision or assist them with their problem.

In a way, a mediation is no different to taking a matter to court. Because if you strip away all of the fancy things that are litigation. All people are doing is saying we have got a dispute that we can’t resolve ourselves. We are taking it into this legal structure so that a judge can decide it for us. It is just a different variation on having a third party help people to resolve a dispute.

I think that and those elements of the process are being recognized by the legal system, the courts, and also by legal practitioners. It works, it works very effectively and so they are well encouraging and to a great degree forcing people to participate in mediation early in the court cases, in the middle of them, towards the end, really at any time during the process of a dispute.

Frankly, good lawyers who are advising people without putting a ticket on myself. I would put myself in that category. Encourage people always to try and mediate their disputes.

Interviewer: I suspect that there is an appropriate and effective time to do a mediation or to actually be involved in a mediation, or consider a mediation. Is that the case?

You have also got to be able to get the similar details from the other person or people who may be involved in the dispute. Because it can be very hard to resolve something unless you have got at least some sort of agenda or framework or understanding about where people are coming from.

Interviewer: What’s the role of the mediator themselves? I mean they are trained personnel who do this on a regular basis. They have got skills around this. What do they do?

David: They are kind of, they do a range of things. In fact, I have done a hundred or so mediations always in a legal context. I have seen a great variety of mediators. The common skill that I think that the mediators have is that they keep bringing people back to reality and bringing people back to I guess the real consequences of a dispute not being resolved.

The remind them about you know what is involved in the legal process, what the costs are, what might be the personal cost to you, the protagonist of not resolving it, and of course they also have a particular way of being able to reword the way people express their feelings, or to express the position that they want to take in a way that enables it to I guess match up more with what the other person is saying.

If you like are on the same page and they get a different understanding. Sometimes when you are hearing somebody say something and you don’t like that person, or you feel like you have heard it all before. It is very difficult to hear them.

When you hear it recast by an independent person like I think what you know Mary is really trying to say is… Sometimes it’s easier to hear that. The mediator also can bring people together so that they are in the same room listening and talking to each other, including shouting and doing all sorts of things to each other including that.

Can also bring people apart, so that you can sit in your own room and you know vent what it is how you feel about it, or what the dispute is about. You can use the mediator as a carrier pigeon. They do that and then they evaluate when the right time is to bring people together.

It becomes a well-managed process. Mediators can facilitate outcomes, but the ones that I like. I like mediators who are a little bit facilitative and a little bit evaluative. People who I find that as a lawyer it can be very helpful. That you can be talking to your client about the problem, but it helps when you have got an independent third-party saying you know what I have looked at your problem.

I think these are some concerns that I have got. I think you should give them some real consideration. That can be a very useful tool in getting clients to some common ground.

Interviewer: Yeah, it’s a great way to resolve conflict isn’t it. I remember a Barrister who works in Queensland Courts, and he would often say to people that were considering mediation that he would get to the top of the stairs and he would say…

Okay, if you go to the right hand side of this courthouse you know you are going to be involved in a traditional court response that may well give you an outcome that is completely from left field that you didn’t expect, or you can go to the left to some conciliation rooms and you can actually have a positive impact on what sort of outcomes that you will get. Yeah, it’s just a great way of resolving conflict.

David: Indeed. If you want your disputes resolved by a stranger, a judge according to a legal system where unless you are a lawyer you don’t really understand what the principles are, and often you may not agree with them. Certainly, the way you interpret them, or they have been explained to you.

Like anything you know it takes two to tango. You need to get some common ground with the other person. If you can’t do it the courts are still there. You are not excluding them. In the example that you used.

David: After you use the litigation system. All I would say is that people should do that, but only if they have to, and to often look I think people are getting better at it, and getting better educated about it. I think getting a bit more mature about the way they resolve their disputes, and steering away from just the reflexive I am going to court.

We are going to have our dispute. We are going to tell it to the judge kind of attitude. Really taking control over. Have their problems pan out. They do just have to because litigation can be too expensive, and it is a very, very, very draining process.

Interviewer: I was going to say that what is the cost of mediation? I am assuming it is significantly less than 3 days in court.

David: Depending on… Look, one of the features of mediation is that it’s not just run by lawyers. The clients are definitely there, and they should actively participate in the process. That is the way I would always you know encourage people to approach a mediation.

It’s a good idea to have a lawyer there with you to advise. Not to I guess control the process, but to assist in managing through the process, and of course one thing a lawyer can do is can prepare the documents that ultimately leads to if there is a resolution. Because you want at the end to have a settlement. A settlement means a type of agreement. That should be documented so that people are very clear about what the arrangement is, and they can walk out with a binding arrangement that can protect them if they are going forward.

The mediation will cost you to have your lawyer attend and you usually have to pay for the mediators time. It’s a Professional Person, may or may not be a lawyer. There are very many mediators who have got legal training. That is helpful because they understand what the legal disputes are. That of course you can have mediators who are very experienced in you know human relations if it is an employment related dispute.

If there was a Strata dispute you were talking about you could have a very senior Strata Manager, or somebody like that who can act as a mediator. You choose. You want someone who is able to talk the language of the dispute and the language of the participants. Those things cost money. I can tell you it is a fraction of the cost of litigation with Barristers and solicitors and familiar processes, and the time the litigation takes people away from work, and you know the emotional energy and all of that sort of stuff that’s the hallmark of those going to court.

Interviewer: Yeah, it just makes sense to try and resolve these issues promptly. Mediation is a great way of doing it.

David: It has gotten to the point now in Strata where it is mandatory. While you can’t kidnap someone and bring them a mediation. The vast majority people are willing to at least give it a go. Even unwilling people can sometimes be surprised by how effective it is.

Interviewer: David, thanks for joining me. 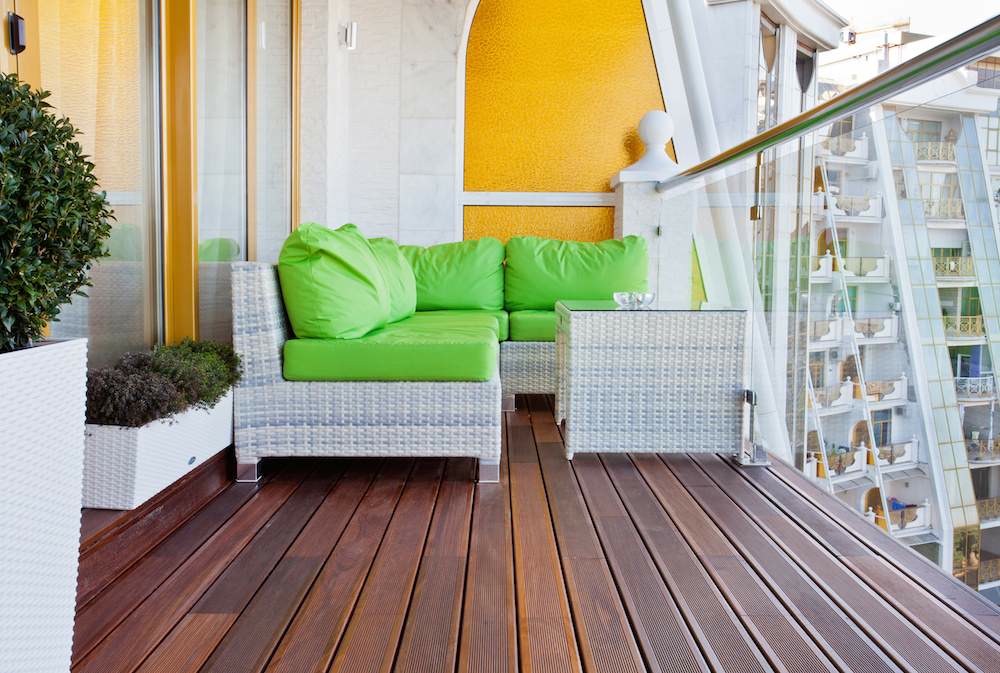